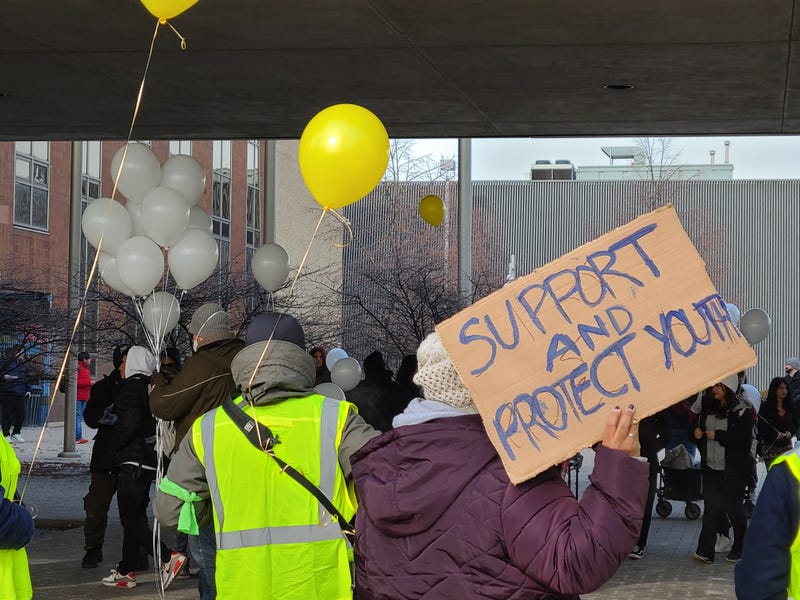 Students and members of the Pilsen community gathered Monday to honor the two Benito Juarez Academy students who were fatally shot outside of the school as classes were ending for the day. Photo credit Brandon Ison

CHICAGO (WBBM NEWSRADIO) — Benito Juarez Academy students walked out of their Pilsen high school Monday to honor 15-year-old Brandon Perez and 14-year-old Nathan Billegas, who were both shot and killed outside the school as classes were ending for the day on Friday.

Prior to a vigil planned to begin at 3 p.m., students gathered at the school’s courtyard, around which dozens of parents and adults — some wearing green vests — formed a human shield.

Inside the courtyard, the students were provided with hot coffee, pizza and balloons. The scene was somber and communal. Students each took turns spending some time in front of ofrendas, which were lit with candles.

On Laflin Street, across from Benito Juarez, Vault Gallerie was among the businesses that opened its doors to the students. Inside the gallery, several dozen roses were being unwrapped and set out on a table. 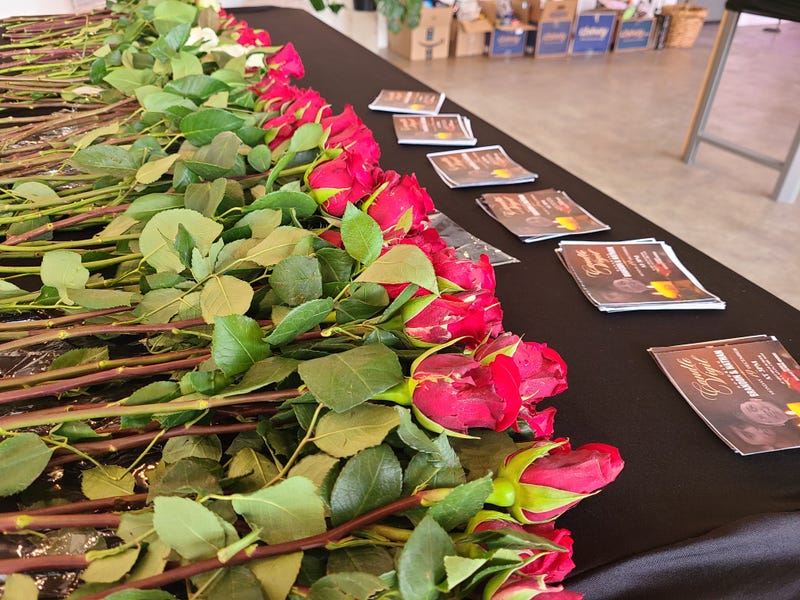 Martinez said she began preparing for the vigil on Sunday night, even burning dozens of jar candles in her studio.

“It was just to kind of get them a little lower, so they could stay burning,” Martinez said. “Typically when we do these things, it gets very windy, so we want to make sure they stay lit. We have candles for everyone. We have roses for everyone.” 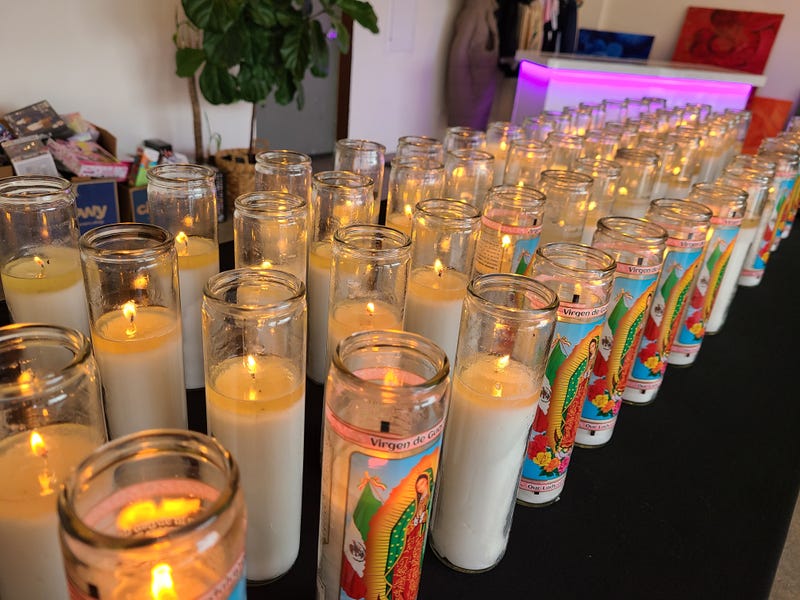 Ahead of the walkout, Tio Hardiman, with Violence Interrupters, held a press conference and dedicated his team to providing protection with the help of Pilsen stakeholders. Hardiman added, though, that the most important thing right now is to address the students’ mental health needs.

“And I’m sure that they know, CPS has some counseling services and some type of support for the students,” Hardiman said. “It’s never enough, though, because once the young people go home; they leave the school grounds; they have to deal with the aftermath of their friends’ lives being taken. It’s hardcore. It’s really hardcore.” 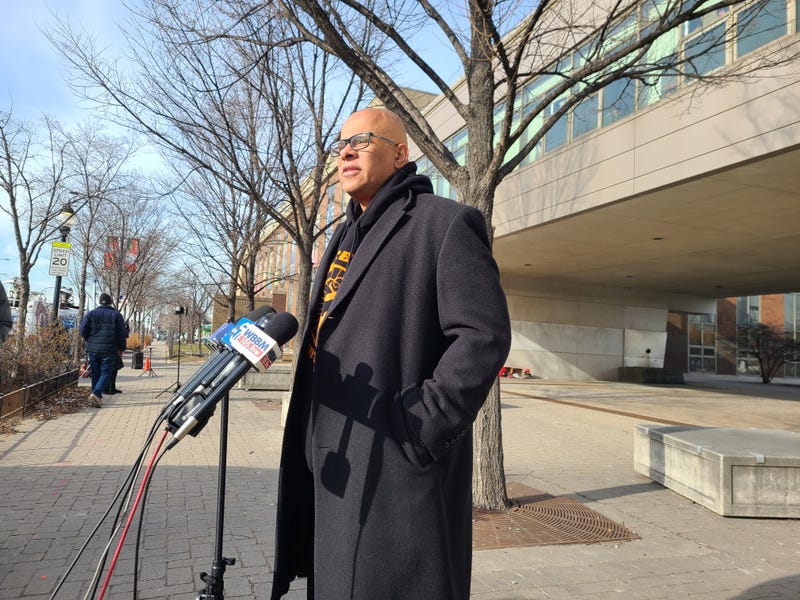 Tio Hardiman, with Violence Interrupters, said the most important thing to do right now is to address the mental health needs of Benito Juarez students. Photo credit Brandon Ison

In its latest statement, CPS said it does have a variety of support services and resources for students “to help students and staff reflect, process, and begin to heal following Friday’s violence and the subsequent loss of two young lives.”

This includes reminding students that they can take mental health days under state law, providing telehealth services to students who choose to stay home, and suggested classroom activities to assist students in coping during a tragedy.

Two GoFundMe drives have been organized to help the families of Brandon and Nathan to help pay for memorial services, funeral arrangements, and any additional necessities.