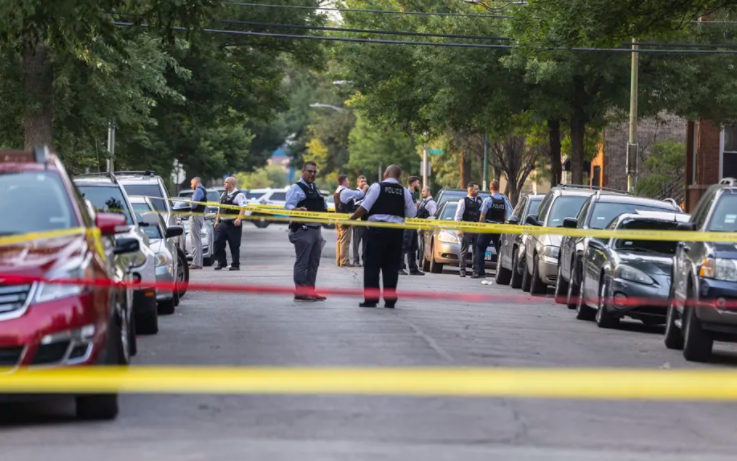 Police investigate the scene near a mass shooting in North Lawndale on Wednesday. Anthony Vazquez/Sun-Times

I celebrated my grandson’s 21st birthday on Friday. There was no cake or balloons or ceremonial toasts.

He lives out of town. I wanted to hug him. I’m not paranoid, but the potential for him to become an innocent victim of the ongoing gun violence in my neighborhood is too real for me to take the risk of having him visit.

“First and foremost, the mass shootings have become fashionable for some of the guys involved in gang conflict,” said Tio Hardiman, founder of Violence Interrupters, an anti-violence organization that claims to have mediated 40 conflicts so far this year.

“The escalating gun violence is fueled by a lot of interpersonal conflicts which spirals into gang conflict. The new fad is shooting into crowds,” he said. “The police are doing the best they can do, but the police cannot stop violence on the front end. Police get involved once a crime is committed, but often it is too late.”

Hardiman’s explanation sums up the problem. For instance, a couple of weeks ago, I got a frantic call from a young Black man who desperately is trying to save himself and his family from gun violence. 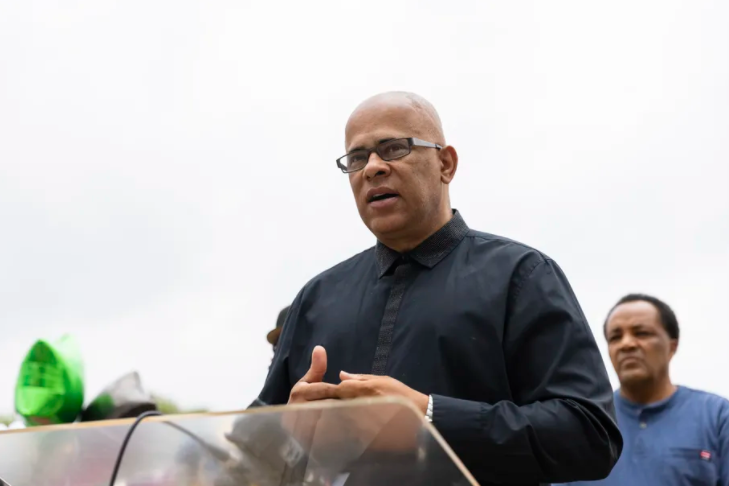 Tio Hardiman of Violence Interrupters speaks at a news conference in June in Humboldt Park, after the shooting deaths of Yasmin Perez and Gyovanni Arzuaga. Anthony Vazquez/Sun-Times

I am not using names or addresses because I fear for their safety. This family’s troubles started in April when the father reported to police that a man in his 30s sexually abused his 15-year-old daughter.

He said he took his daughter to the hospital and filed a police report. The alleged abuser was arrested and charged with “sexual assault,” and police took him into custody. Six days later, he bonded out. “This guy is a sexual predator of a child and a parolee. How did they even give him a bond?” the girl’s stepmother asked.

Fast-forward to July. By then, the conflict had escalated to the point the father said he went to the 3rd District police station to report threats being made on his life.

His daughter’s alleged abuser was now hanging around the apartment building where this family lives. Things came to a head on July 5, when the alleged abuser’s sister (a tenant in the same building) and the stepmother got into a physical altercation resulting in the arrest of the stepmother.

According to an email from a police spokesman, “officers responded to a call of a person with a gun. A female, 24, related that a known offender, female, 46, pulled a gun on her and battered her. The offender was taken into custody and charged.” The stepmother claims she did not pull a gun. Police charged her with a misdemeanor for making physical contact with the 24-year-old.

When the stepmother was released from police custody and returned home, the accused abuser allegedly confronted them in the parking lot, blocking their path with his car.

“I got out of my car, and he reversed and hit my wife. He hit her hard,” the father told me.

A police spokesman confirmed a vehicle struck the woman in the parking lot of her apartment building, and the incident is under investigation.

“The police never came. The fire department and the ambulance arrived. When I got to the University of Chicago hospital, there were detectives there, but they were there for other situations,” the father said.

The stepmother suffered a broken leg, a fractured leg, and a broken arm that required screws and a plate, he said. “She will be in a wheelchair for a while. I’m in the hospital with her every day. I spend the night with her to make sure she’s OK,” the father told me.

Meanwhile, [the alleged abuser] is still on the street.

“The elephant in the room is gun violence in Black communities across our nation,” said Hardiman.

“There needs to be an African American army — not to go out and kill people, but to go out in the strongest possible way to bring these young guys to a table of peace by any means necessary,” he said.

Young brothers march proudly to chants of “no justice, no peace.”

But to end this vicious cycle, the peacemakers have to get them to see that street justice is no justice at all.