‘Look out for each other,’ top cop says as Chicago officials brace for possible mayhem, but hope for enjoyable New Year’s Eve 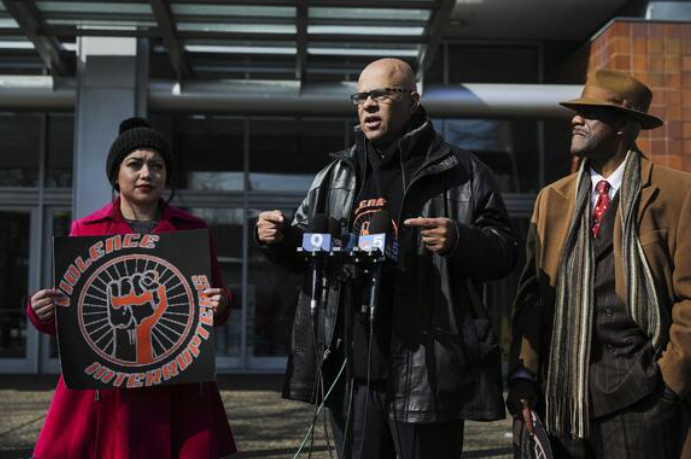 Meanwhile, activists and violence interrupters were planning to ride the CTA’s Red Line Saturday and push for the early closing of some establishments on the city’s South Side that sell liquor, steps they say will deter violence and increase public safety.

There will be 1,300 additional police officers working during the weekend, assigned to city streets, the CTA and the entertainment districts, said Chicago police Superintendent David Brown during a midday news conference at public safety headquarters on the South Side.

Areas with a beefed-up police presence will include Fulton Market, Navy Pier, River North, Millennium Park, stretches of Clark and Halsted streets, and some larger hotels and bars.

“Highly visible” additional cops will be in cars, on foot and riding bikes and horses, Deputy Chief Jill Stevens said at the meeting. Some will work “window detail,” while others may be stationed in marked police cars at “fixed” locations with lights activated, Stevens said.

Brown urged against “celebratory” gunfire, which often erupts around midnight, because it can be deadly. It is illegal and very dangerous, he said. “Bullets that go up must come down.”

Revelers, including those from out of town, should “be aware” of their surroundings, and if they notice anything unusual, they should call 911, said Ken Meyer, commissioner of the city’s Department of Business Affairs and Consumer Protection.

“Look out for each other,” Brown echoed.

Additionally, staffers at downtown businesses should be trained on safety measures and should try to have a reservation system in place to avoid lines and congestion outside their spots, Meyer said.

Brown, when asked by a reporter if “overserving” can lead to crime, said: “There can be some complicit criminal behavior associated with people who are drunk, particularly when they drive.” He added that police “discourage overserving.”

“No. 1, you don’t want that behavior to lead to someone’s life being taken,” Brown said.

Police are working along with sister agencies, including the Fire Department, the Office of Emergency Management and Communicationsand Streets and Sanitation to maintain a “safe and enjoyable” New Year’s event and Navy Pier fireworks show at midnight, said police Cmdr. Ralph Cruz at the conference.

“It’s going to be great,” Cruz said of the 10-minute holiday display.

Violence interrupters and activists are also hoping for a safe holiday and are planning to ride the CTA from the South Side to the Loop. The CTA is offering free rides from 10 p.m. to 4 a.m.

The activists’ mission is to “increase security for passengers who will travel on the city’s transit system,” said a written statement from Violence Interrupters Inc.

Tio Hardiman, founder of Violence Interrupters Inc., said in the statement that several recent incidents of violence on trains near and in the Loop have prompted his organization to provide an extra level of security for passengers on New Year’s Eve.

“While CTA and Chicago police officials say crime is down on CTA trains this year when compared to 2021, we believe all hands must be on deck to help deter violence and to end this year on a high note,” Hardiman said.

Chicago endured one of its deadliest years in at least the last quarter-century in 2021 , which ended the year with 797 homicides, a spike in violence not seen 1996, when there were 798.

As of Christmas Day, the city recorded 688 homicides, according to CPD.

Other activists are pushing for the early closure of liquor stores, at 10 p.m., especially in the city’s 6th Ward, which includes the Chatham neighborhood and a section of Englewood.

The organizers say they have been at odds with the liquor stores and other establishments that sell alcoholic beverages in the ward, because some of them have become hubs for loitering, attracting people from outside the community who engage in criminal activity that too often turns violent.

“We have a New Year’s resolution, but we want to start this goal for 2023 on New Year’s Eve,” community advocate and retired Chicago police Officer Richard Wooten, who is also a candidate for alderman of the ward, said in a statement.

“We are calling on the owners of these liquor establishments to put the safety of the community first.”