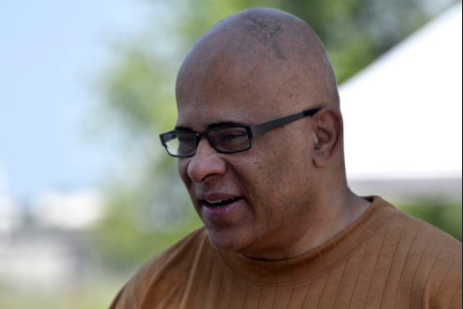 Tio Hardiman, executive directors of Violence Interruptors, speaks about the program during a block party hosted by Kenosha COR held in the Model Market neighborhood on Saturday.

“We need to eat together,” said Nick Dennis, president of KCOR said at the event at 25th Avenue and 54th Street. “We want everybody to get together.”

KCOR is a coalition of community leaders, organizations and local officials that hopes to combat gun violence and racial disparities in Kenosha, utilizing a violence interruption model to mediate conflicts and reduce negative community-police interactions. 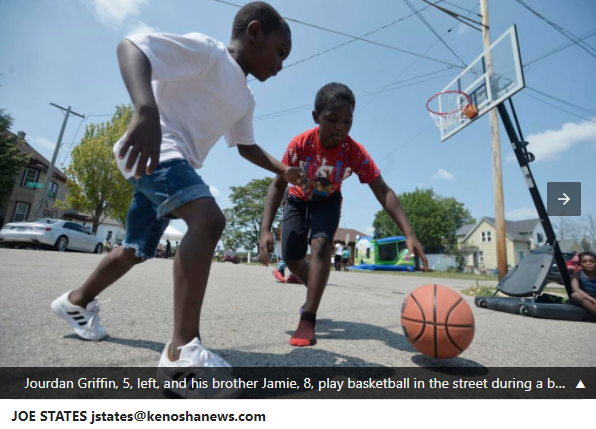 The organization, which was officially launched at the start of July, hopes to bridge the divide between the community and the police through a trained team of “violence interrupters.”

“The community is with it,” Dennis said, “They’re just as excited about it as we are.”

Tio Hardiman, the executive director of Chicago-based Violence Interrupters, which created the model of violence interruption, was present at the local event and talked about the benefits of such organizations. 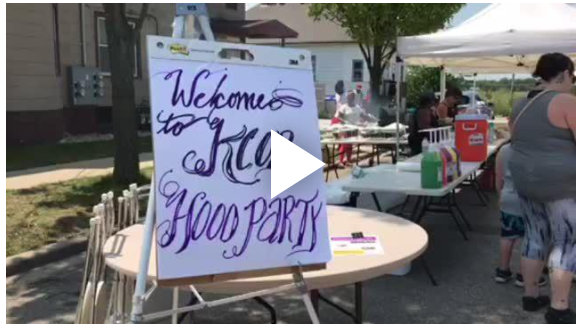 Helped deescalate Kenosha standoff
In the last week, Dennis said KCOR has been involved with eight incidents. On Thursday, KCOR helped mediate the shooting standoff between a Kenosha man and Kenosha police. According to Dennis, a KCOR violence interrupter helped convince the suspect to surrender to the police.

“He was there for five hours, trying to get him to stand down,” Dennis said of the coalition member’s effort.

Brandon Wheat, who was the KCOR negotiator for the standoff, said law enforcement members stepped back to let them “have a shot” at de-escalation. Wheat, who said he also mediated a separate domestic incident Friday night, said during incidents people prefer to talk with community members they have some relationship with.

“When tempers are flared up, they don’t want to hear anything from someone they don’t know,” Wheat said.

Hardiman said the Kenosha police have been receptive to the organization. He also stressed that KCOR, and other similar violence interruption groups, did not share information with the police, and only acted as a liaison between the community and the police.

“We support the police, but we have to be careful,” Hardiman said, “The police understand that.”

Hardiman spoke especially positively about Kenosha Interim Police Chief Eric Larsen, who he said has been helpful with educating the police department about KCOR, sending officers to the training and attending meetings himself.

“He has a really good point of view,” Hardiman said.

Ald. Shayna Griffin, who represents Kenosha District 7, said KCOR was critical for the community that lacked trust in the police.

“They don’t want to talk to the police at all,” Griffin said, “They feel like it’s better not to get involved.”

Shaterri Dotson, who only just recently joined KCOR, said one of its biggest strengths was that, unlike other groups, it has taken real-world action to address issues.
“I’ve seen a lot of people that talk the talk, but not a lot who walk the walk,” Dotson said.

Dotson said the community’s response to the organization has been overwhelmingly positive.

“The community has been showing absolute love,” Dotson said.