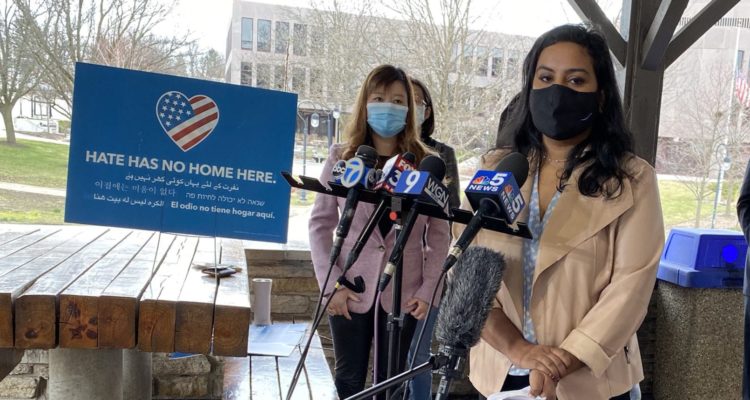 The rally was meant to show the groups coming together to stand in solidarity and remembrance of the victims of the shootings in Atlanta. On March 16, a man killed eight people, including six Asian women, at three Atlanta-area spas.

“After watching the murder of six Asian women and the loss of two others, it left a hole in my heart. It left a hole in my heart to see these women be killed. But the response afterwards was even worse,” said Jennifer Chan from Stop Asian Hate Chicago. “To watch these women be shamed, to see them all accused of being sex workers, to watch this be the result of someone’s bad day. Those words cut so deep in my heart because right now in my community there’s so much fear.”

Bing Chang from the Ray Chinese School in Lisle spoke about the fears the Asian community feels, including children.