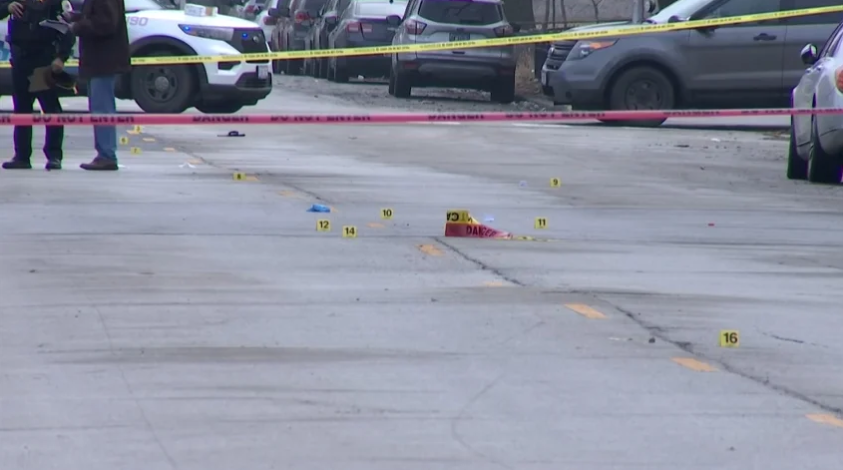 It’s been a violent start to the new year in Chicago after police reported seven shooting deaths over the holiday weekend, and community activists are intent on stepping up their efforts with several of those acts of violence targeting young teens.

In all, 33 people were shot over the holiday weekend according to Chicago police data, something that doesn’t sit right with activists looking to combat the violence.

Hardiman says he’s been working to change that narrative with his group Violence Interrupters.

“I hear a lot about social media conflicts and a lot of people get caught up because of misunderstandings and misperceptions, so the violence is all over the place right now,” he said.

An alarming number of the recent shootings have involved young teens. Just three days into 2023, at least 10 victims under the age of 18 have been struck by gunfire in the city, including 9-year-old Jarvis Watts, who was killed in a Washington Heights attack.

Police said the young boy was shot inside a home in the 9400 block of S. Wallace and at this time have not said if the shooting was intentional or accidental.

“One kid dead is one kid too many in our neighborhoods, in anybody’s neighborhoods,” said activist Dwayne Harris. “Because they’re our future leaders of tomorrow and at the rate were going—it’s frightening.”

Harris runs The Blessed Child, an outreach group on the Far South Side of the city.

“Something has to change you know,” he said. “I put that burden on the back of the people in these different neighborhoods to step up to say you know what—enough is enough.”

Other violence interrupters, like Darryl Smith are going into different neighborhoods trying to keep the peace and keep kids off the streets, but he says it hasn’t been easy.

“You want to get them here, so it has to be attractive,” said Smith. “You have to have something for the youth to want to come they’re just not gonna come because the streets are more attractive.”

The Blessed Child offers different services and programs from trauma awareness to computer literacy to feeding programs. Their office can be reached at (773) 808-3389 for the full schedule.