WOODLAWN — Former violence interrupters are calling for programs that hire former gang members to try to head off disputes before they turned deadly to again get state funding to help reduce the rising violence in Chicago.

Tio Hardiman, the director of Violence Interrupters, was in Woodlawn on Tuesday making an appeal for $3 million to revive similar programs. Hardiman formerly headed CeaseFire, a nationally known group.

Woodlawn is where NBA star Dwyane Wade’s cousin, Nykea Aldridge, was shot and killed Friday by a stray bullet.

“I need $3 million right now so I can get 300 individuals and train them on violence interruptions,” Hardiman said.

Gov. Bruce Rauner froze $4.7 million in funding for the CeaseFire program in 2015. 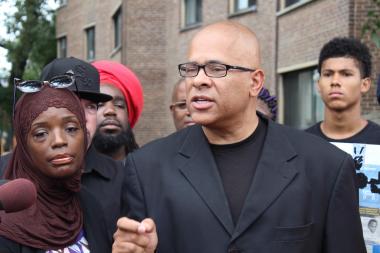